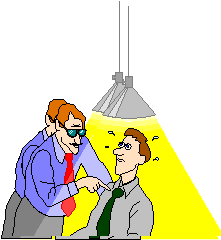 On 5 May 1999 the Minister for Veterans' Affairs announced Mr Robert Mohr, a retired judge and a former Judge Advocate General in the ADF would conduct an independent review of service entitlement anomalies.  The review was of service entitlement anomalies affecting those members of the Australian Defence Force who served in South-East Asia between 1955 and 1975.  This review was to provide a Report containing information and recommendations for subsequent assessment of entitlements by the Departments of Defence and Veterans' Affairs.

If there are any specific issues arising in matters being dealt with by SPOCs then further advice can be sought through Ann Donnelly (02 6289 6439).

The review had particular regard to the following areas of service:

There are other periods and types of service brought to the attention of the Review and for which there are some comments.  Some of these matters will be further investigated by the department of Defence.

The Report, Review of Service Entitlement Anomalies in Respect of South-East Asian Service 1955-75, was released on 2 March 2000 to a meeting of the major organisations that contributed submissions to the Review.  A copy of the Minister's Press release is attached.

Copies of the Report were sent to all States for distribution to Income Support, Disability Compensation, VAN offices, Libraries and Advocacy areas.

Status of the Report

The Report contains recommendation not decisions.  The Federal Government will make decisions on all aspects of the Report and prepare legislative amendments for approval by the Parliament of the Commonwealth of Australia.  Unless and until such legislation is passed and has both achieved Royal Assent and the implementation date is known there is no change to the current policy and law.

Making decisions on claims based on recommendations of the Report

The contents of the Report do not represent the law, as it is currently understood in the Veterans' Entitlements Act 1986.  Nor does the Report represent a point of view that can be held contrary to current decisions of the Federal Court.  It must not be assumed that because of a recommendation in the Report that the law as it currently stands can be altered or ameliorated.  A decision-maker cannot make a decision that is based on what may change.

Any current claim must be decided under the current law.  It is neither proper nor lawful to delay making a decision pending what are only possible changes to the Veterans' Entitlements Act 1986.  A fresh claim will need to be lodged by anybody with a current claim.

No claims can be held over until there is some announcement on the Government's intentions.  This applies to Administrative Appeals Tribunal matters as well.

Those writing ministerial responses may wish to refer to the Report when answering questions on qualifying service in South-East Asia.

Copies of the Report are available to the public and veterans' organisation from all AUSINFO Bookshops.

Updates on information can be provided by contacting Anthony Staunton in National Office, Policy Eligibility and Research (02 6289 6640).

The independent Review was announced in April 1999 as a result of a large number of representations made to me by individuals and concerned organisations that felt that there were anomalies in entitlements given to Navy, Army and Air Force personnel who served in South East Asia during the period 1955-75.

The Review team called public hearings in all capital cities and some country areas, receiving more than 400 oral submissions and 750 written submissions from veterans and ex-service organisations including the RSL, the Naval Association, the Air Dispatch Association of Australia and RAAF Ubon Reunion-Recognition Group.

The Review of Service Entitlement Anomalies in Respect of South-East Asian Service 1955-75 has provided interested parties an opportunity to present their case.

This process has brought to light new evidence and information on the conflicts considered by the Review team, which adds to the understanding of the conditions of service encountered by some veterans.

I am grateful for the work of General Mohr and Admiral Kennedy who have recorded and catalogued the written and oral submissions into a detailed report with a total of 53 recommendations.   The Review has now been passed to the Department of Defence and the Department of Veterans' Affairs for detailed analysis.

I expect to be in a position to announce the Government's response to the Review of Service Entitlement Anomalies in Respect of South-East Asian Service 1955-75 by mid year.

The Review of Service Entitlement Anomalies in Respect of South-East Asian Service 1955-75 can be purchased from Government Info Shops throughout Australia.    Copies of the Executive Summary of the Review can be accessed on the Internet at  http://www.minister.defence.gov.au/2000/sea.html